Madonna, the largest village in the Senales valley, lies at an altitude of 1,500 m a.s.l. and is surrounded by old farmsteads and green alpine pastures

As the name testifies, the history of this mountain village is closely linked with the statue of Virgin Mary which is preserved in the Santuario di Madonna di Senales church, which dominates the surrounding region. It is believed that the 13 cm high, beech wood sculpture of Virgin Mary with Child belonged to a pilgrim, who made a pilgrimage through regions lying south of the Alps and on his return journey gave it to a farming family from the village. This event dates back to the year 1304 and just two years later the chapel had been built, which was extended in 1349 with the addition of an altar in the interior. In 1407 the construction work on the Gothic church was completed. In 1756 the church was enlarged and renovated in Baroque style. 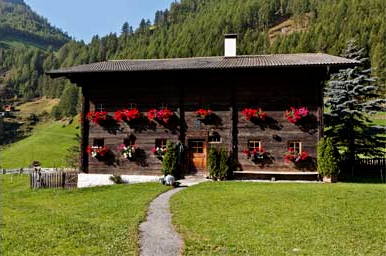 Near the pilgrimage village you can pay a visit to the open-air Museum Archeoparc, on whose site you can see dwellings which have been recreated to let you see what the originals from the time of Ötzi would have looked like.