Discover your hotels in Villabassa

Thanks to the special climatic position Villabassa (1154 m) is one of the most popular villages in Alta Pusteria. Thanks to the protected position amidst the Dolomites, the village enjoys a specially mild climate and lots of days of sun. Villabassa is one of the oldest tourism destinations in the Puster Valley, and has been a popular destination amongst celebrities for many centuries. 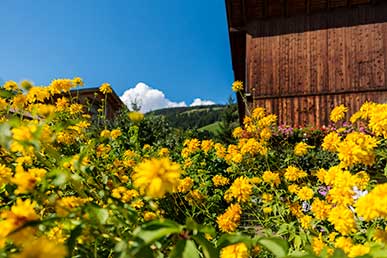 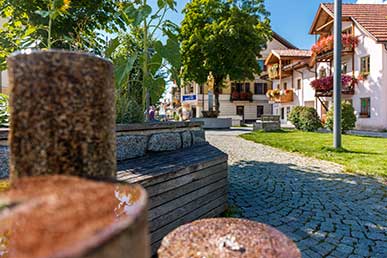 During the Middle Ages, the Puster Valley gained in importance due to its geographic position as a connecting route between Venice and Augsburg. Soon a flourishing goods transit developed; in 1467 Villabassa was officially declared a transport hotspot and was therefore granted various rights. The village was able to establish a monopoly position with regard to the transportation of goods through the Puster Valley. One of the rights the village was granted stipulated that all transit goods had to be stored in Villabassa for at least one night. Hence, important things like changing the horses or repair works at the carriages were done by the inhabitants of the village. Villabassa became an important trade centre and was accessible by train as early as 1871.

As a result the village of Villabassa, which was surrounded by a green landscape and several thermal sources became a popular holiday destination. Adventurous mountaineers were attracted by the imposing Dolomite peaks surrounding the village as early as 1869.

The most famous host in the region was the legendary Emma Hellenstainer (1817-1904), owner of the Inn Schwarzer Adler; "Mrs. Emma", as she was called was so successful, that her hotel became popular amongst the rich population at an international level.

The Town Hall
The history of the former manor of Mr. Kurz zum Thurn was restored in 1800 and since then has had this beautiful appearance.
The toll station was located in this building until the construction of the railway; afterwards it was an army base of the Austrian-Hungarian troops until World War I. Since 1928 the building has played host to the community offices of the village. Remarkable from an architectonic point of view is the balcony with three Ionic pillars and triangular gables at the northern façade.

Wassermann House
From the second half of the 15th century through the entire 18th century the house was the residence of the von Kurz family, one of the most powerful families in Alta Pusteria. The ancestor Jakob Kurz (1435-1492) was born in Dobbiaco and moved to Villabassa in 1475. Hans Kurz, son of Jakob, and Sebastian Kurz (1503-1574), who was awarded the title "Knight of Kurz", controlled the entire goods transport through Villabassa. From 1638 the manor was called "von Kurz zum Thurn". After all properties were sold and Karl von Kurz zum Thurn moved to Venice in 1845, the connection between the von Kurz family to the village of Villabassa came to an end.

In 1895 the confectioner Johann Wassermann bought the building, which was extended several times during the course of the centuries, and opened a cafè with pastry shop.

Since 1994 the Wassermann House has hosted the Alta Pusteria Tourism Museum.
Other interesting buildings are the parish church dedicated to Saint Stephen (1225), the Anna Chapel, and the Chapel of the Deceased.

Customs and celebrations are often closely connected to the seasonal operations in agriculture or religion.

Church Fair
The anniversary day of the church fair of Villabassa is celebrated on the third Sunday in October. Food is of special importance during this festival. Part of the traditional menu is a noodle soup with sausages, dumplings, lamb or pork roast, and finally "Niggilan". This is a delicious dessert with aniseed and caraway, covered with sugar or honey water and poppy seeds. Coffee, Church Fair doughnuts, and an aniseed tart are also a must during the festival.

Church Fair Puppet Michael
This custom is closely connected to the Church Fair. The custom dates back to pagan times and has been preserved to the current day. The young men from the village meet in a barn on Friday evening and make a life-size straw puppet dressed with a white shirt, leather trousers and a typical Puster Valley hat. In one hand Michael carries a Church Fair doughnut, in the other a bottle of wine.

On Saturday finally, the puppet is tied to the top of a huge tree trunk. The long tree trunk, which is covered in soap, is put up with music and a lot of fun. During the night from Saturday to Sunday the locals have to watch the puppet, as it is part of the custom that the young fellows from the neighbouring villages try to steal the puppet and thereby make a fool out of the locals! On Sunday afternoon the puppet is taken down from the tree trunk and celebrated with music.

Nowadays the tree trunk is sold during an auction and the money is used for charity or to cover the costs of the festival.