Discover your hotels in Bressanone

Bressanone is located at the junction of the Rienza and Isarco Rivers at 559 m above sea level. The community stretches from the city to the slopes of the Plose and Odle d’Eores Mountains with the hamlets Millan, Albes, Elvas, Eores and Sarnes.

Bressanone is the oldest city in South Tyrol. This is confirmed by the remains of a settlement dating back to 1000-500 B.C., which were discovered in the district of Stufles. During the Roman period the settlement was called "Pressena" or "Brixina". In 901 the bishops of Sabiona moved their seat to the former "Prishsna", which was the name of Bressanone at the time. It was only in 1964 that the bishops' seat was moved to Bolzano. 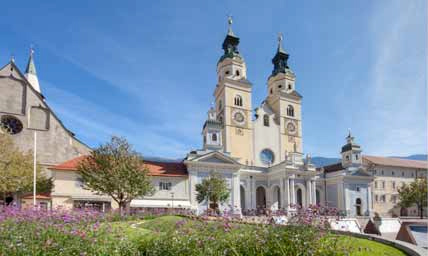 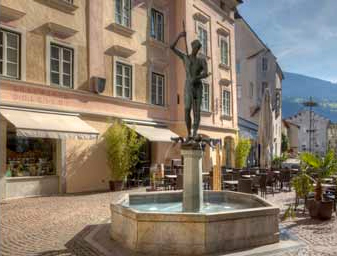 The emblem of the bishops' town shows the white lamb of St. John the Baptist, a symbol of Jesus Christ. This symbol can also be found on the Millennium Column, which was realised between the bishops' palace and Dome Square in 1901.

The enchanting city of Bressanone offers a very special atmosphere based on the combination of civil and spiritual influences. North-west of Dome Square you'll find the town hall, the library and a residential area. South-east of the main square you'll find the parish church, the old graveyard, the dome with the stations of the cross, the S. Giovanni Church or the former baptistery, and the Bishops' Palace.

Bressanone is surrounded by orchards and vineyards and offers many cultural highlights in the city centre. Thanks to the beauty and the richness in the Isarco Valley you can however also enjoy the simple life in small mountain villages or hike and ski at the Plose Mountain, the main mountain of Bressanone, in summer and winter.