Discover your hotels in Terento

Because Terento in Val Pusteria enjoys more than 2000 hours of sunshine in a year, the village is also known as the "sunny village". In addition to the mild climate, this neat village is surrounded by the Dolomites and the Sarentino Mountains, and is characterised by an enchanting landscape.

Terento is a picturesque village located at 1210 m a.s.l. and is characterised by houses surrounding the church in the village centre. This is the village centre, while the other residential buildings are scattered in altitudes up to 1500 metres. 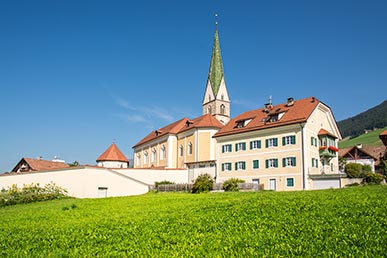 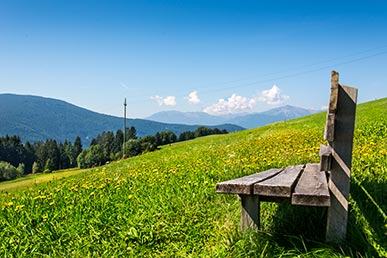 The area of Terento was settled in prehistoric times. Findings and remains of walls discovered in San Zeno, at Pflanger and Pürgstallkopf provide proof of early settlement. The so-called Witches Stone more than likely also goes back to a prehistoric cult.

The name "Terento" comes from the Latin "Torrentum", which means mountain torrent. Terento was first mentioned in 1000 in a manuscript of the Freising Hochstift, in which Count Otto von Andechs handed over four farms from Terento to bishop Gottschalk von Freising.

Terento is not only an ideal starting point for numerous excursions like for example to the pyramids, but also offers several churches of great artistic interest to be visited.