Discover your hotels in Gardena valley

The hotel is located in Selva Gardena and is the ideal place for active holidays with wellness and relaxation. MORE 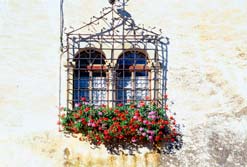 A very special and unique valley is located in the south-eastern part of South Tyrol: Gardena valley. The three picturesque villages of Ortisei, Selva and Santa Cristina are embedded in green idyllic nature surrounded by impressive mountain scenery. This is the home of the renowned mountaineer  Luis Trenker, who is also renowned as an author, film producer and actor.

The imposing Dolomite Peaks do not only characterise the landscape, but also the history and culture of the inhabitants. For a long time the people cultivated the meadows and fields at the steep slopes of the Sella Mountain Group, and thereby developed a strong feeling of cohesion, which is still characteristic for this population. 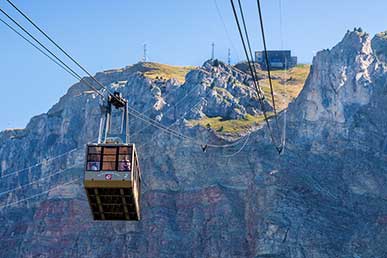 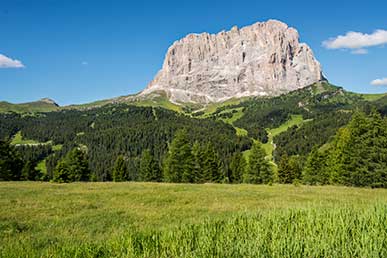 Nowadays the majority of the population in Gardena valley is employed in tourism. Their open-minded character and honest hospitality are only some of the reasons why so many guests visit this wonderful part of South Tyrol every year. Another reason however is the breathtaking landscape in Gardena valley. The steep rocks of Sasso Lungo and the imposing Sella Mountain Massif are symbols of the valley and await nature-lovers and mountaineers alike. Those who love sports should visit the Puez-Odle Nature Park for Nordic walking, mountain-biking or paragliding.

In winter Gardena valley turns into a splendid ski resort, which is part of the renowned Dolomiti Superski ski carousel. Excellent snow quality and perfectly groomed slopes await skiers and snowboarders of all skill levels. The popular Saslong slope in Gardena valley plays venue to the Ski World Cup every year, one reason why Gardena valley is also known at an international level.

Gardena valley is however not only known everywhere in the world because of the Super-G and the downhill races, but also for wood carving. Once this was only a pastime activity and second income for the population. Over the years however, the professional sculptor works of Gardena valley have reached international fame. Some of the most beautiful pieces are exhibited in the culture house in Ortisei.

The inhabitants of Gardena valley are unique because of their culture and tradition, but what's even more exceptional is their language. The people in Gardena valley speak Ladin. Ladin is a mix of the former Rhaetian language, as the people of Gardena valley were called in ancient years, and Latin. The language developed during the course of Romanisation and is also spoken in other valleys in South Tyrol.

The Ladin population is an ethnic minority in South Tyrol. This is why they look after the preservation of their culture, traditions and customs with great effort. The Ladin Institute Micurà de Rü in S. Martino in Badia was founded in 1976 with the aim to preserve and promote the Ladin language, culture and traditions.